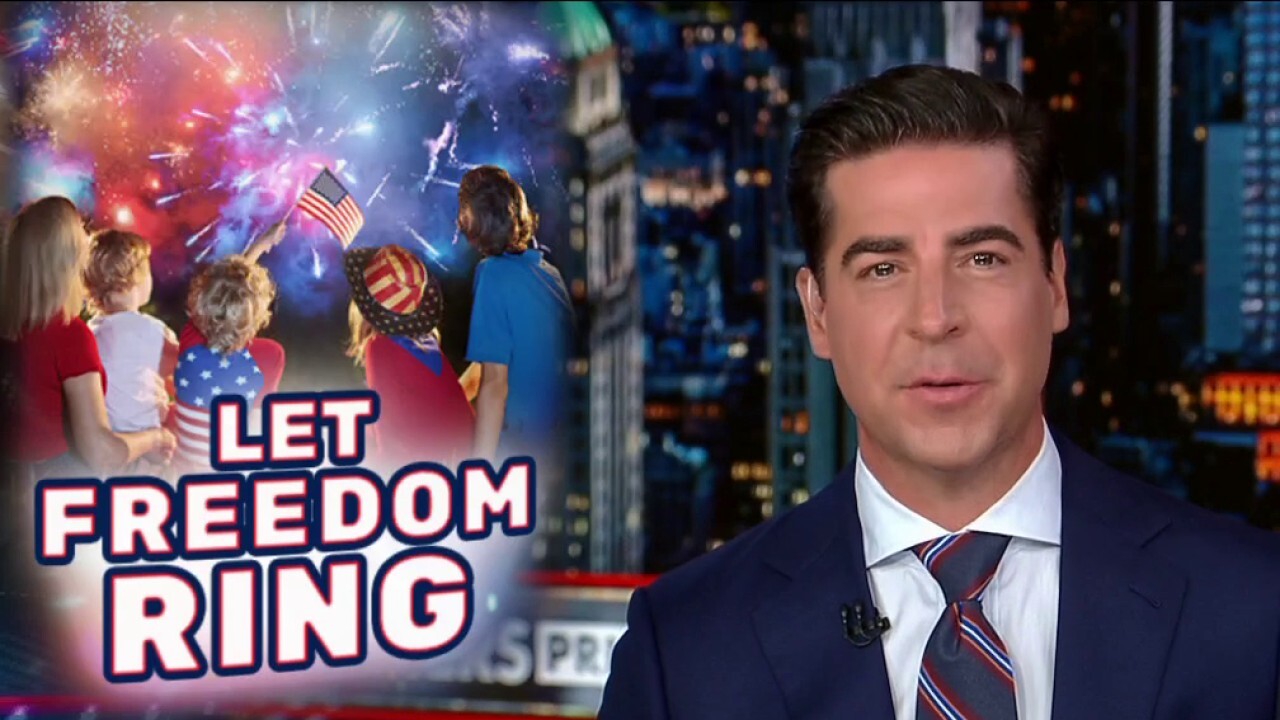 Fox News host Jesse Watters claimed that people can learn a lot about someone by the way they celebrate July 4th on Tuesday’s “Jesse Watters Primetime,” saying Americans need to respect the country and know how to behave on someone’s birthday.

JESSE WATTERS: I’m sure all of you patriots spent your weekend like I did, celebrating July 4th, ringing in America’s birthday. You fire up the grill, toss a few dogs on. If you know anything about hot dogs, they’re Thumann’s. You crack open a cold one and breathe in the smoky smell of meat. Or maybe something else if you’re Greg Gutfeld. Like Joey Chestnut, who manhandled the enemy while demolishing 63 dogs to win the annual Nathan’s hot dog eating contest. That is America at its finest, and that is also peak athletic ability. Or if you’re just a kid, you played a little baseball under the lights… and those who served our country can recollect upon the sacrifices that have been made, which brings a tear to their eyes… Young and old, we all get to wear our patriotism with pride on Independence Day. We cheer along as parades go by, and we honor and salute soldiers past and present who risked their lives to defend our freedoms. So on America’s birthday, we need to show the old girl some love and give our country the party it deserves.

Fireworks illuminate the sky above the Lincoln Memorial on the National Mall during Independence Day celebrations in Washington, DC on July 4, 2021.
(ROBERTO SCHMIDT/AFP via Getty Images)

Hollywood really doesn’t like America. And of course, the left used our country’s birthday to pile on… Usually when you celebrate someone’s birthday, you don’t rip them to shreds while they’re blowing out the candles. And if you’re at a party, you don’t want to get between Michael Moore and a birthday cake – probably the most dangerous place on Earth. The filmmaker has said he will no longer accept full citizenship privileges following the Roe decision. One, I didn’t know that anybody would actually sleep with Michael Moore and make Roe v. Wade an issue. And two, I didn’t think you could pick and choose which citizenship privileges you could exercise… Bette Midler tweeted out that July 4th was canceled due to a shortage of independents. Who does she think she is?… Every celebrity got in on the action. It was like a memo went out or something… Because we respect the country and know how to behave on someone’s birthday. We didn’t give the birthday boy double middle fingers like this Hollywood actress. We have better etiquette than that. And we set off fireworks at the beach like normal people do… So that’s how normal people celebrate July 4th. We don’t renounce our citizenship, shoot people, attack cops or invite Hunter Biden over. You learn a lot about someone by the way they celebrate July 4th.

This article was written by Fox News staff.